What Is Yaki Hair: 4 Helpful Things To Define

"What is Yaki Hair?". Having kinky or curly hair has never been a source of a dilemma for me. Most of the time I just let it stay that way, but I do not have issues with taming my locks as there are great styling tools now which hold the proper formulation to straighten the Afro hair that I have been born with.

While such products do wonders, I cannot help but notice how gloomy my hair looks without the puffiness I got used to. This realization is what has made me do some research (online, of course) as to how I can deal with it right. That’s when I got intrigued by what is Yaki hair, and I ordered different types of it on the same day.

Fast forward to three years, I can now tell which weaves are Yaki or not even with my eyes closed, as well as offer you more information about it that you may not find in a single article elsewhere. Let’s start with…

Table of Contents
What Is Yaki Hair?
Is It Similar To Remy Hair?
Who Can Wear Yaki Hair?
Types Of Yaki Hair
Conclusion

What Is Yaki Hair?

The Yaki hair has quite an interesting history. From what I have read in the past, it used to come from the hair fibers of Yak, a mammal found in the Tibetan and Himalayan regions that resembles the appearance of an ox.

The people within the hair industry have chosen this animal as a source of Yak hair due to its shiny and long body hair, as well as its similarity to human hair in terms of chemical composition. When scientists tested the strands in the laboratory, it had even reacted to styling and coloring products the same way that locks from humans would typically do.

The problem that these experts perhaps forgot to include in the equation is the skin irritation that some women and men may feel once the Yak hair fibers get attached near the scalp. Despite the fact that they have already stopped harvesting tresses from the said mammal since then, the scientists have decided to utilize human hair.

Therefore, Yaki hair is a unique weave that has gone through various processes to feel and look as if they are still from the Yak when, in actuality, they originate from human donors.

Is It Similar To Remy Hair? 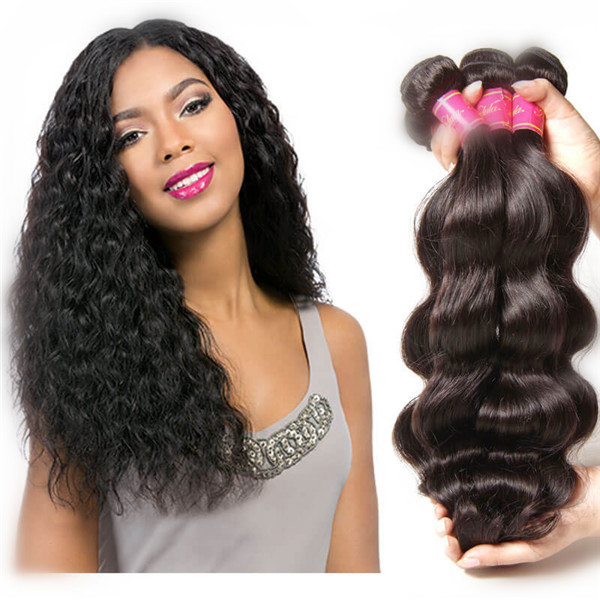 I do not have the heart to skip this question because I have assumed as well once upon a time that Remy and Yaki are identical, and it is better for you to not commit the same mistake.

What Remy hair is can be described via the process of collecting hair from the human donor in a uniformed manner. As I have stated in another article regarding the truths about Remy hair ,it is okay if they have been previously colored or relaxed, as long as all the roots and tips are in one direction.

The Yaki hair, on the other hand, is not similar to Remy in the sense that the term has a greater relation to the texture of the locks. The type of hair used to make it can be Remy, synthetic, or non-Remy. With my knowledge about these things, however, I still prefer to purchase the Remy version of Yaki because I like to know that my extensions came from a single person.

Who Can Wear Yaki Hair?

The answer to this query needs more than a sentence of explanation since not everyone can rock this unique weave, and you have to understand why. Well, the reason is that the texture of the original fibers from Yak and its new versions which is either artificial or made of human hair only suit women of African descent.

They are straight-looking as a cluster, yes, but each Yaki strand has waves to it that are visible when you check it out at a closer proximity. European or Asian ladies, therefore, whose hairstyles vary from stick straight to big curls cannot wear it.

Depending on the look you wish to have, you can go for different Yaki hair types which include:

Silky Yaki hair is the most basic kind that gives a flat-ironed vibe. It is not as smooth as you may presume since they have to maintain even the littlest kinks that Yakis are popular for, yet it increases the volume of your hair nicely.

I obtain top-quality silky extensions from the Milky Way brand. I find it stress-free to attach, and the color and texture blend well with my natural locks.

For day strolls with friends, I like the more subdued appearance of the regular Yaki hair, specifically Sensationnel’s Select ﻿﻿Goddess Indian Remi hair. The straightforward way of describing it is that it seems less polished than the silky type, although they hold the same level of straightness.

Here is a great review about the product:

I wear Yaki hair in the kinky straight form - usually made by the Full Hair enterprise - whenever I grow my weave up to approximately 20 inches. The volume I get with this on top of my head makes me an instant head-turner. Because it is straight too, I never have to worry about my hair blowing out after several hours.

It is the best Yaki hair in my opinion as it allows me to keep my distance from flat irons or hair dryers for days and just stay as natural. Kinky curly also happens to be the type of Yaki that has the strongest semblance to the Afro hair that African-American or African-Caribbean women need to sort out on a regular basis.

I am a bit picky when it comes to choosing my kinky curly extensions, but Original Queen always generates the Yaki that I want to utilize for longer periods.

The concept of beauty has indeed evolved so much, and a lot of women are taking on various ideas which can make their ethnicity or cultural style more prominent.

I will never regret knowing "what is Yaki hair" due to how it can liven up my locks whenever I feel trendy. Without a doubt, you will realize it too after ordering the best Yaki hair for yourself.